This past January, Tim and I planned a long weekend down and around northeast Pennsylvania to visit some new breweries, wineries, distilleries, and a few museums. Undeterred by the unseasonably cold weather, we made it down to Erie, Pennsylvania early enough to grab dinner and check out our first brewery, The Brewerie at Union Station. Read on to learn about this brewery that prides itself on being a hub of beer activity for the local community.

The building that houses the brewery and restaurant is quite unique. From 1927 until the 1980’s, it functioned as the area’s local train station. By the mid 80’s, the station moved next door, leaving Union Station with an uncertain fate. A few businesses came and went till finally, around 2006, the Brewerie opened its doors. The station building is beautiful and much of the history is still there to see. Plenty of marble, original lighting fixtures, and historic signage abound. Even the bathrooms are an interesting place to check out as they have been beautifully restored as well! It was fun just walking around the station thinking of what it must have been like when it was still operating as a busy depot for travelers. The atmosphere definitely adds to the entire experience while you are there. A small acoustic group, consisting of a singer and guitar player were performing that evening. While the music reverberated around the large open room, it did not impair conversation with those around us. 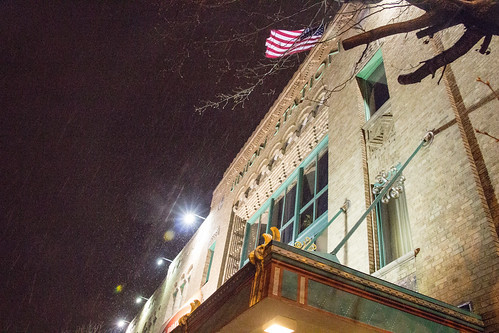 We went up to the bar and ordered a flight of beer and food. Karen was extremely busy, but managed to answer questions about the brewery between taking care of the other customers. As the evening progressed, Chris, the owner, had some time to come out and filled us in on more information. Before going into details though, a brief look at what they had to offer that night along with with my tasting notes. 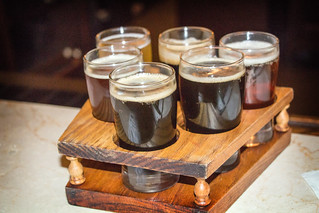 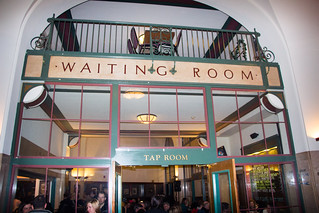 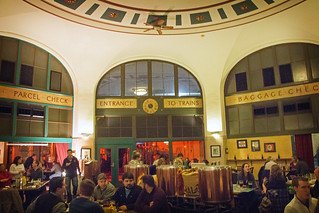 The beer that we tried was a bit hit and miss. Some of the offerings had great potential but seemed under carbonated. I was impressed by the Banana Nut Brown and Shittersful. These are unique beers and worth checking out if you are in the area. I can imagine they are not everyone’s cup of tea, but I enjoyed the adventurous spirit of these brews. Looking at the overall beer menu, the brewery tends to make some pretty interesting and off the wall beer that is only available in very limited quantities. I imagine it would be a fun place to check back into from time to time in order to try the seasonal offerings like Girl Stout Cookie and the Peanut Butter Cup Chocolate Porter. Finally, it is worth mentioning that the brewery also makes some fine root beer.

One thing I really liked about The Brewerie was its sense of community. Throughout the year, it plays host to many events such as the Home Brew festival and a Bocce Winter Classic. One of the brewery slogans is “Keep it Real, Keep it Local”, and in talking with Chris, they really try to live by those words. If you want a glass of wine for example, everything they serve is locally produced. The same goes for the guest beer taps as they are all from other regional breweries. The local connection is further explored with some of the ingredients used in their beer. For example, the pumpkin ale is brewed with local pumpkins and the chocolate peanut butter beer is made with local chocolate!

Part of the Brewerie is devoted to a small store called “The Brew Thru 6 Pack and Bottle Shop.”  Besides serving up the usual macro beers, it also has plenty of beer options from the regional breweries that bottle their products. The Brewerie is not afraid of the competition, and would rather work with fellow beer makers to better instill a state of community. To quote another one of their sayings, The Brewerie is “revitalizing downtown Erie, one pint at a time.” Chris was so enthusiastic about the brewery and all it does within the community that I could not help but be impressed. They really want to be a destination for the local folks, as well as out-of-towners, and I think they are succeeding at that. 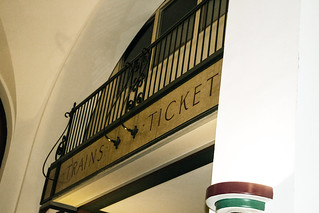 Let’s talk about the food for a minute. The menu has plenty to choose from and the entrees we ordered were excellent. The prices are reasonable too, especially when you see the huge portions of food that can easily feed you for two meals! We are aficionados of well-made fried pickles and the ones they served were perfect; crisp and not oily. I should also mention the cheddar soup which was bursting with flavor and a perfect choice after being outside in the harsh cold. A mixed crowd of people were at the brewery that evening, some for the beer and food, others for the music. Firkin Fridays are a popular event as they will tap a small keg of cask conditioned ale. This tends to draw quite a crowd of local fans but unfortunately they did not have one the evening we were there.

The brewery itself runs on a 3 ½ barrel system. Chris says that they end up producing about 500 barrels a year. The Brewmaster prefers English style ales, stouts, and porters, so there tend to be more of those on the menu at any given time. I have been told that the ESB they produce in the summer is also worth trying. The most popular beers at the brewery are currently the Blonde and the Amber Ale. 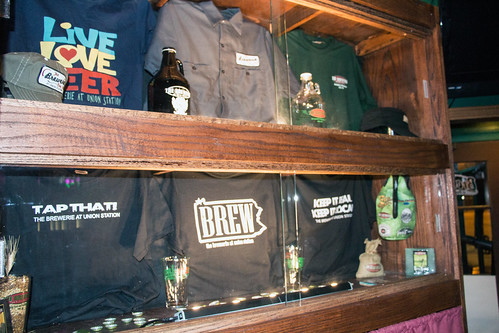 The Brewerie at Union Station is definitely a fun place to visit if you are in the area. Growler fills are just ten bucks each, and the bottle shop also sells plenty of pint glasses, t-shirts, hot sauces, gift cards and more. The atmosphere of the old train station helps to make the experience more memorable and there are sure to be a few beers available that are quite interesting. If you are looking for a full service meal, historic atmosphere, and a pint to drink, The Brewerie at Union Station is worth checking out.

Union Station has a very colorful history. According to the brewery’s web page, there have been ghost sightings as well as other unexplained phenomena. Local paranormal groups have done research at the station, and a book was even written that includes stories of strange occurrences that may have taken place there in the past!

The Brewerie at Union Station 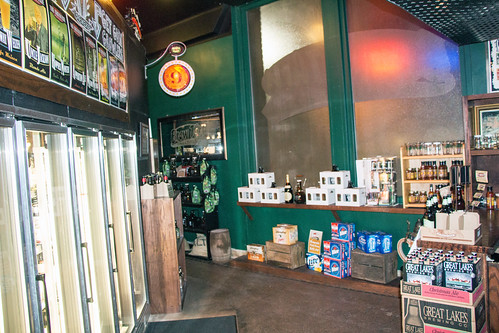 1 thought on “The Brewerie at Union Station, Erie, PA”