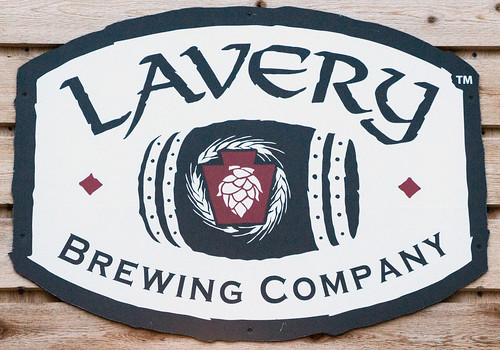 The small town of Erie, Pennsylvania is lucky enough to be the home of multiple breweries. Lavery Brewing Company may be the new kid on the block, but it is a top contender when it comes to crafting award winning beers.  We stopped in to check out their amazing lineup of beers and grab a quick bite to eat.

Founded by Jason and Nicky Lavery in 2010, the brewery got its start by crafting their beer over at The Brewerie. In 2011, they were able to open their own location downtown and started working with their own equipment. Finally, in September of 2013, the brewpub opened, with a beautiful tasting room designed for folks to hang out, drink beer, and nosh on small plates of food. Pat, the general manager was available to talk about Lavery Brewing and took us on a quick tour of the facilities. I had been to the brewery about two years ago and was impressed by the amount of expansion that they had done since my last visit. Back then, you walked into a large warehouse type space versus the tasting room that is there now.

The beer that Lavery produces is all top-notch in my opinion. We ordered a flight with a small tray of charcuterie and cheeses. The meats and cheeses paired well with the beers that we tried. 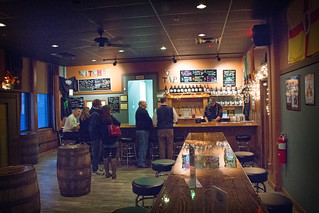 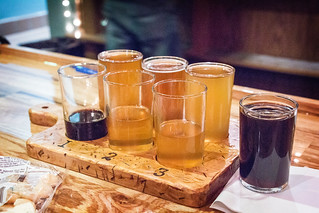 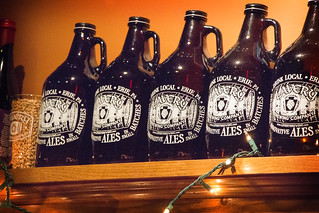 I was really impressed by the quality of beer that Lavery produces. Every sample that I tried seemed to have that “little something extra” that played wonderfully across my palate. Their most popular beer, Dulachan India Pale Ale, is a spring / summer beer that was not available to try. All of their beer on draught is available in growler fills and they will fill any growler you bring them. Many are also bottled and available in 22 ounce and 750ml containers. Some of their beers are even canned, such as the Dulachan and the Madra Allta. It is great to see a small brewery getting their beer out to market in so many different ways. At the time of our visit, Lavery beer was distributed in Pennsylvania, New Jersey, and Delaware. They also have plans to soon be available in Michigan, New York, and Ohio. Besides selling growlers, the pub also has glassware, hoodies, and more if you so desire. 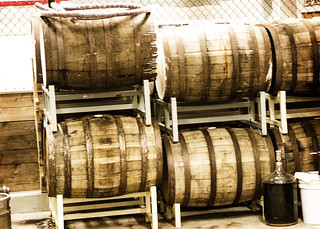 The brew house runs on a ten barrel system. In 2013, the brewery had an overall output of 550 barrels. Lavery is always expanding, with an additional bright tank and fermentation barrels currently being added to the mix. They even have an old seven barrel tank from Newcastle, which is used for experimental brews. One of the nice things about having a brewpub is that they can create small batches for a limited test market before distributing elsewhere. From the looks of it, Lavery has quite a lot of unique and interesting recipes. They are keen on barrel aging and have a decent collection of barrels to work with.

Lavery is, of course, named after the owners Jason and Nicky Lavery. Many of the beers have interesting names that are actually of Irish and Gaelic origin, such as Liopard Oir which translates to “gold leopard.” Ulster Breakfast Stout is so named because that is the county Jason originally came from.

The brewery obtains some of their ingredients from local sources. For example, the coffee beans in the breakfast stout are roasted at a local co-op. They also have local wines available to drink in the pub for those looking for an alternative to beer. 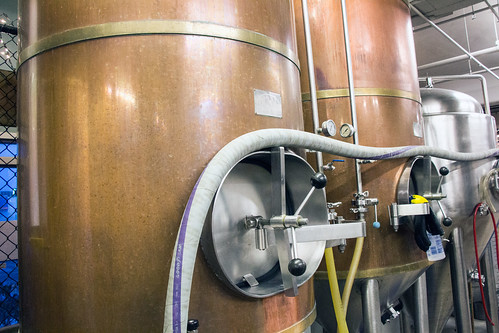 Lavery Brewing Company is clearly a brewery that is on the road to success. Constantly expanding and innovating, the brewery has become a destination for beer lovers travelling through the area. It is certainly worth a visit to try the beer and take some home. Hopefully the beer will eventually be distributed to Rochester, NY or I may have to take another trip down there soon!

Here’s an interesting fact about Erie, Pennsylvania. It is the home of the oldest land lighthouse on the Great Lakes. The Erie Land Lighthouse was first constructed in 1818, replaced in 1858, and then rebuilt once more in 1867 because of structural issues. The lighthouse is occasionally open for tours, mostly during the summer months. 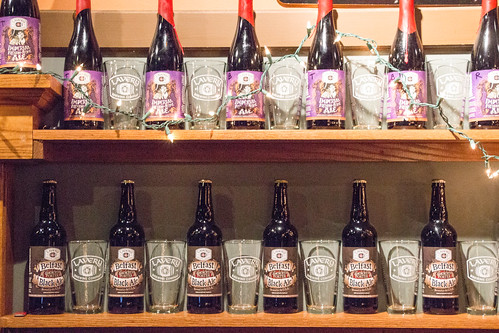