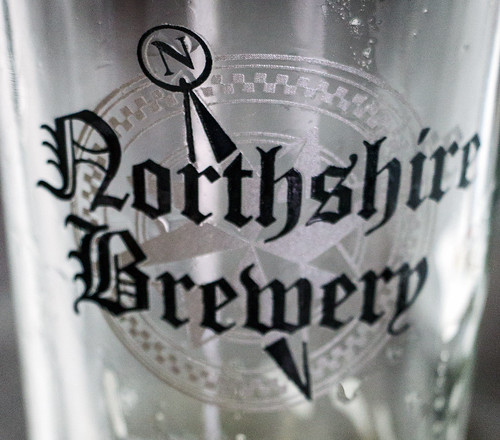 Crossing the border between New York and Vermont we found ourselves in the quaint, historic town of Bennington. Our senses were captivated by the colorful autumnal foliage and crisp air in this picturesque town. Northshire Brewery wants to further excite your senses with some well crafted beer in their tasting room.

A visit to Northshire can be tricky because of their very limited hours. Saturdays are the only day of the week they are usually open for tastings and even then, for only a few hours. When Tim and I approached the pale yellow building, we weren’t sure if we were in the right place as signage is at a minimum. Luckily, Earl McGoff soon came out to greet us and led us in to the small, humble tasting room. Earl is one of the owners / brewers at Northshire. We had an interesting conversation with him about the brewery while sampling their current lineup of beer. 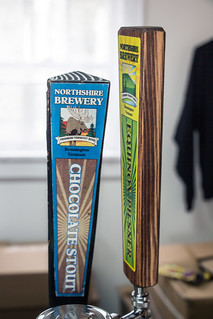 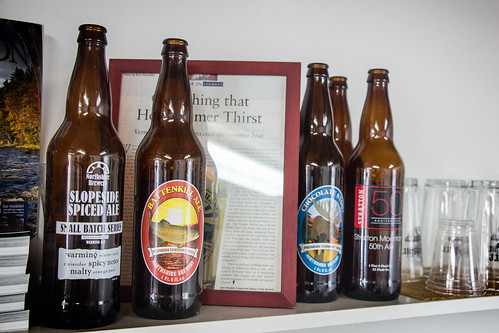 Earl’s brewing career is pretty interesting. Back in his army days, while stationed in Germany, Earl and his friends discovered that if they weren’t completely sober they were not chosen to go back on shift. Frequent trips to sample many of the local beers somehow managed to help them miss out on shift duty quite often! Earl took his love of fine beer back to the states and together with Chris Mayne opened up Northshire Brewery in January of 2010. The brewery is actually co-owned by Earl, Chris, and Chris’ wife Karen. It was originally supposed to open in Manchester, but ended up on family owned property in Bennington; they couldn’t pass up the great rent.

Northshire has a seven barrel system and distributes bottled beer throughout Vermont, Massachusetts, and Rhode Island. Not all their beer is bottled yet, but you can find some like the Chocolate Stout and the Hefeweizen available on store shelves. 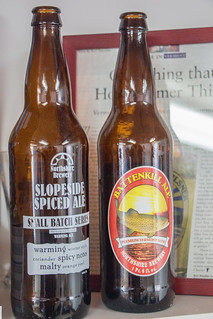 The tasting room is very utilitarian and limited hours may make it more difficult to visit the brewery. However, they will take appointments and have no problem offering sampler flights and growler fills if the doors are open and they are not too busy brewing. A flight costs $5.00 and you get to keep the pint glass. Northshire also sell their own growlers, as well as sweatshirts adorned with the brewery logo. Earl says their most popular beer is currently the pilsner, which, interestingly enough, is said to be the only year round pilsner produced in Vermont. Earl also makes dog biscuits using the spent grain so if you have a dog, feel free to grab some to bring home with you.

Northshire tends to stick to more traditional styles but sometimes injects some innovative surprises as well. For example, Chris wanted to do a Heritage Series based on his Sicilian roots. The first in this series is the Sicilian Pale Ale, brewed with blood oranges. I was very impressed with this beer because it uses the entire orange yet is not overly bitter. Flavors of hops and orange intermingle beautifully and balance quite well. Northshire also experiments with cask ales on occasion, one of which was a chocolate stout brewed with cherries. It was a big hit and I would have loved it if this limited release was still available during my visit. 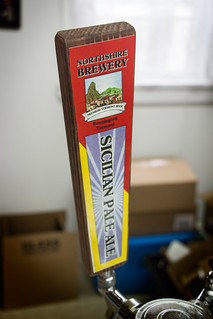 I enjoyed all the beer I tried while checking out Northshire Brewery. Standouts for me include the Chocolate Stout and the Sicilian Pale Ale. I wish bottles were available to purchase the day of my visit. I would have gladly bought some Chocolate Stout to bring home for myself and the local homebrew group.

Bennington, Vermont is only an hour away from Albany, New York. If you find yourself in that vicinity, I recommend a stop at Northshire Brewery. Due to their limited hours it would make sense to contact them ahead of time when planning your visit. Earl and Chris are making some fine beer, and unique recipes such as the Sicilian Pale Ale help to differentiate them from other brewers.

Bennington, Vermont is a quaint village filled with history. If you visit, be sure to check out the Old Bennington Cemetery where Robert Frost is buried, as well as the Bennington Museum which has an expansive collection of paintings from Grandma Moses. Go to the top of the Bennington Battle Monument where you have panoramic views of the surrounding countryside from 306 feet above ground level. The area is beautiful, especially in the fall, and makes for a perfect weekend getaway! 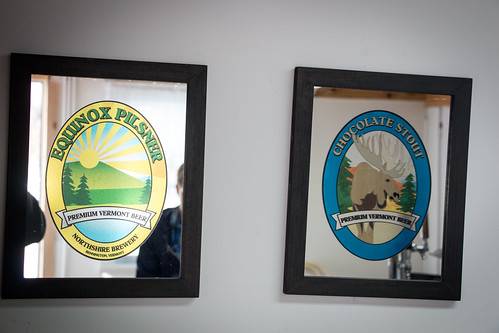