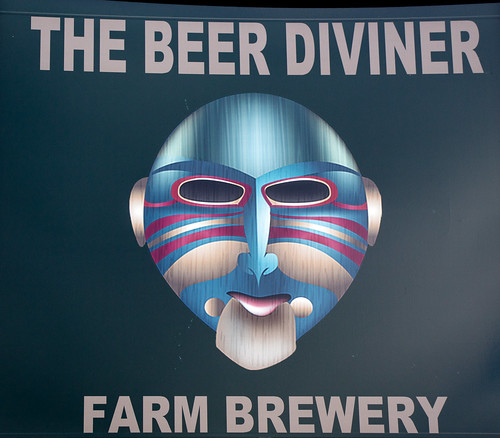 Nestled in the foothills of the Taconic Mountains just east of Albany, NY is the quiet hamlet of Cherry Plain. This small town has become a destination for those seeking out the creative, highly stylized beers produced at Bly Hollow Brewing which does business as The Beer Diviner. We had a chance to visit the tasting room to taste their beer and learn about the brewery’s fascinating history directly from Dr. Jonathan Post, the brewer and owner.

The Beer Diviner’s cozy tasting room is actually located in Stephentown, NY, a few miles away from the brewery itself. Walking in, we were greeted and sat down at the bar to start sampling their lineup of beer. Jonathan was there and answered many of our questions about the brewery. 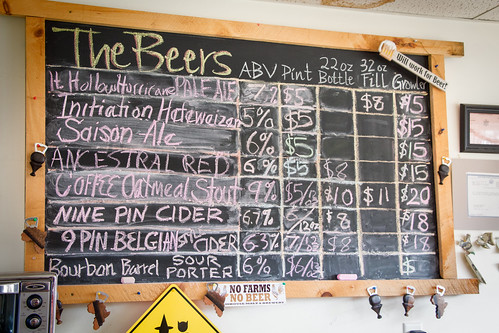 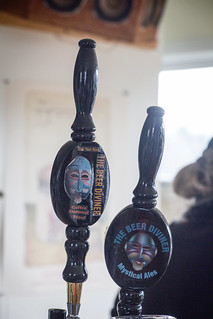 Dr. Jonathan Post brewed his first batch of beer back in the 90’s. However, it wasn’t until a trip to Burkina Faso, West Africa in 2002 that the brewing bug bit him hard. While there, he had the opportunity to brew beer with the Dagara village of Dano. The tribe loved western-style beers and subsequently taught Post how to make sorghum beer. He took this newfound knowledge and started brewing more back at home while still teaching English at nearby SUNY Albany. It was between visits to Africa that Post studied medieval European beer alternatives such as gruit and other non-traditional styles. On a subsequent trip back to Burkina Faso, he was invited to partake in a ritual divination ceremony. It was at one point in the night that the Dagara people nicknamed him “The Beer Diviner.” When he asked what it meant they didn’t know, as up until then beer was made solely by the women. 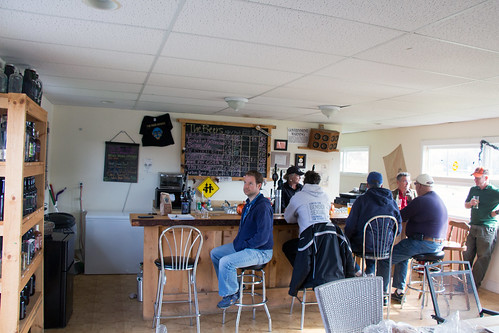 Post was able to take his newfound knowledge back home and in the spring of 2012 opened Bly Hollow Brewing with a half barrel system. Not one to rest on his laurels, he is constantly tweaking each recipe to try to come up with the perfect beverage. Post has an interesting philosophical attitude about beer and society, especially hunter-gatherer cultures. You can read more of his thoughts here on his web page, but I urge you to talk about his experiences with him in person if you have a chance to meet. 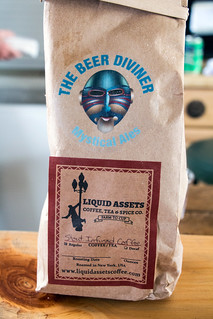 The tap room was actually initiated as a Kickstarter campaign back in 2013. Since then, Post has expanded to a 2 barrel system to keep up with demand for his beer. The tasting room is friendly, and it seems like everyone that came in knew each other, giving the place a small-town vibe. There is a large screen TV above the fireplace for those that want to be entertained by sporting events while enjoying their beverages. While the tap room does not serve food, it often plays host to food trucks in the parking lot. They want to make sure people have access to food as there is no kitchen within the tasting room at this time.

The beer that we tried was all very interesting and unusual. My favorite was the Bourbon Barrel Sour Porter which had a lot of different flavors that intermingled with each other very well. The Coffee Oatmeal Stout was also delicious, with rich notes of fresh ground coffee backing up to the roasted stout character of the beer. Unfortunately, the gruit was not available for tasting but we did purchase a bottle to bring home. Post’s gruit is probably the most similar in style to the beer he made while visiting Burkina Faso.

As a New York State farm brewery, The Beer Diviner sources many of its ingredients locally when possible. This includes the bread and wine sold in the tasting room; all proudly made in New York. They also sell stout infused coffee beans from Liquid Assets, a nearby coffee roaster. I loved his unique bottle openers shaped like Africa, but I’m not sure if they were for sale. Growlers bought here are good for a two dollar discount on refills which is a great incentive to purchase one of theirs. As with most tasting rooms we have visited, shirts and hats are available for purchase. 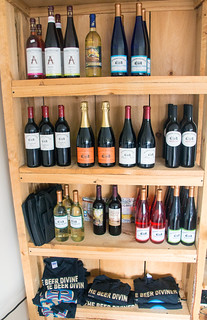 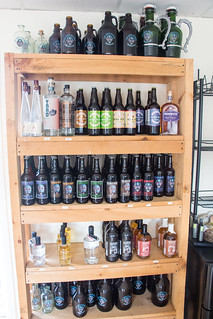 The Beer Diviner has gained quite a local following and even won a Bronze medal for its Stout at the TAP NY festival. Post does all the distribution himself throughout the capital region of NY and fills all the bottles by hand. Because of the smaller production scale, the tasting room cycles through many different styles of beer every week. Expect to always have something new to try during a visit because Post loves to experiment with the recipes. One of his most challenging beers to produce is the Stout as it contains about nine different malt varieties. Doing his part to stay green, Post sends his spent grain to a local pig farmer. 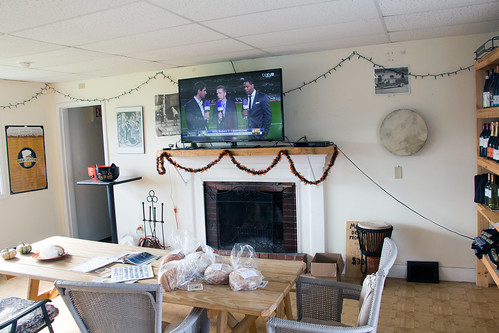 I recommend checking out The Beer Diviner if you want to try some unique and interesting beverages. Due to limited distribution, a stop at the tasting room would be a worthwhile excursion for any beer lover. I look forward to future visits to see what else the Diviner has concocted!

If you are unfamiliar with gruits, here is a quick explanation.  A gruit is an older style of beer made before hops were used as bittering agents. Herbs such as sweet gale, mugwort, yarrow, and heather were used instead. Brewers switched to hops mainly because herbs were heavily taxed by the Catholic Church. Today, many brewers make traditional gruits to provide the consumer with an interesting flavor profile not available in hopped beer. 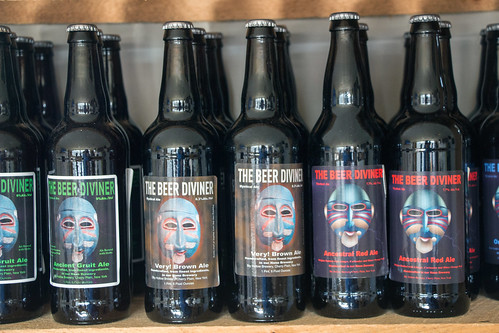