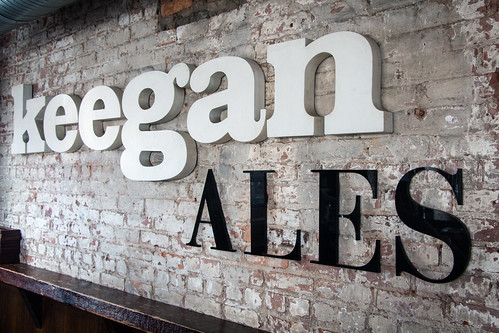 Nestled about halfway between Albany and New York City, the city of Kingston, New York became the state’s first capital back in 1777. Since then, the town has experienced many changes and today is a hub of activity for artists, musicians, and craftsmen of all types. Keegan Ales, established in 2003, has become a vibrant part of the community, and serves up finely crafted beer not only to local residents, but an ever expanding distribution network as well. We dropped in to learn about Keegan’s past, share in their present, and find out where they are headed in the future, all while enjoying a pint or two of their finest ales.

Walking into Keegan Ales, we were greeted by Sierra Suris, the effervescent and energetic bartender whose skill at multi-tasking customer requests was fantastic. We ordered a flight of beer and helped ourselves to some complimentary peanuts while waiting for our appetizer to show up. Sierra gave us a quick rundown of the beer but they also have tasting sheets with further information on them for your convenience. 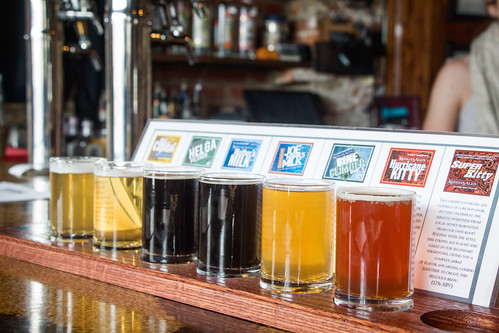 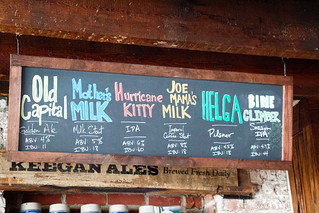 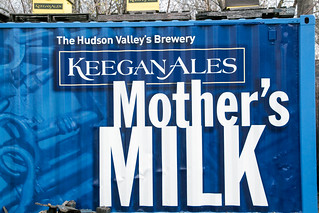 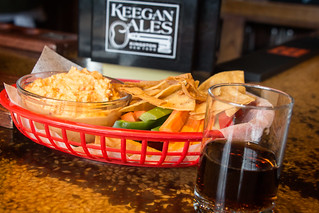 Location is everything for a brewery, and when the site of the old Woodstock Brewery became available for purchase, Tommy Keegan moved in and started Keegan Ales back in 2003. The building has actually been around since the early 1800’s and was previously home to a foundry and a car repair shop. Woodstock even left some of their equipment behind, so Keegan had a bottling line to work with once it was repaired. Brewing runs in Tommy Keegan’s family; his great-grandfather worked for Schlitz, and his father co-owns BrickHouse Brewery on Long Island. Tommy also spent some time working at Blue Point Brewery, also on Long Island. 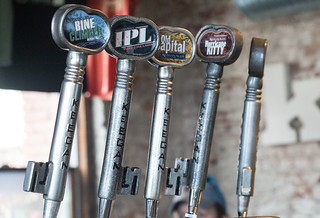 Today, Keegan Ales employs four brewers to run the operation. The head brewer, Patrick Sylvester, started brewing just a few weeks shy of his 21st birthday. We had the opportunity to talk with Patrick who, at 24, is probably one of the youngest head brewers we have met. He is responsible for coming up with most of the recipes these days and started at the brewery three years ago. During the tour, Patrick showed us their 20 barrel system on which he brews multiple times a day. He and his team are highly efficient and practice old school manual brewing methods. These techniques are reflected in the quality of the beer and if you notice, most of the beers that Keegan produces are available year-round. Patrick says the key is to create a consistently reliable product, and then introduce seasonal offerings as time and space permit. Bine Climber, for example, was one of his recipes that was first concocted for their 10 year anniversary.The beer was a huge hit with the customers, and as such was added to their regular lineup. Patrick loves working with IPAs because of all the different things he can do to diversify them. I imagine that we will see some unique one-off IPAs available at the brewery in the not too distant future. 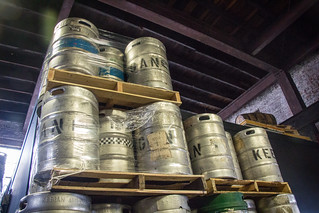 Keegan Ales has one intriguing feature that I have yet to see at any other brewery: beehives. Their apiary generated over 650 pounds of honey last year, which is used in the production of Super Kitty, an American Strong Ale. The honey flavor changes subtly every year due to the different types of flowers that the bees visit. Behind the scenes, Patrick is making a Summerfest Hefeweizen to be released later this year. I had the opportunity to try it before bottling; it is has a very robust flavor with great yeast characteristics. A brand new centrifuge helps them to bring an extra level of clarity to all their beer before it is bottled. Two Roads Brewing, in Connecticut, bottles some of their Mother’s Milk when they cannot hit demand locally. They also contract brew cans of Bine Climber there as well. Finally, the brewery has barrel aged some of its Mother’s Milk with Bourbon barrels from the Widow Jane Distillery, based out of New York City. This experiment has been very successful and they always sell out quickly. 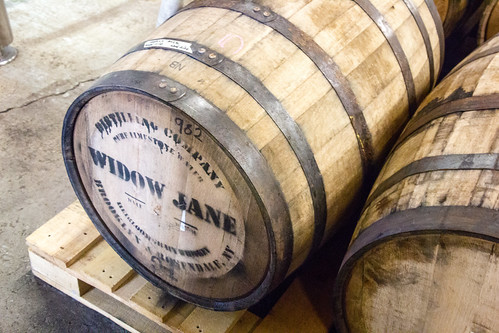 Producing over 6,000 barrels a year on their system, the brewery distributes throughout New York, Connecticut, Vermont, and New Jersey. Projects are in the works to expand into Philadelphia, Washington DC, and Delaware. Keegan Ales’ expansion plans are ambitious, but they are on the right path towards executing them well. 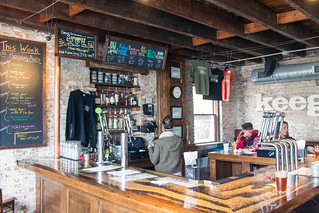 The brewery is an excellent place to visit and spend a few hours. They have live music approximately three nights a week and rotate out local artwork once a month. A small food menu will fill any void in your stomach, and I can attest that their hummus is quite delicious. While at the brewery, be on the lookout for the two cats that live on-site and a dog that spends his days there. They are very friendly, and we love visiting sites for Liquid Alchemy that have pets there. The bar also serves up mixed drinks and sells t-shirts, pint glasses, growlers, and mason jars. There are also plenty of backgammon boards available for play as the brewery runs the occasional backgammon competition!

I really enjoy Keegan Ales and always make it a point to stop there if I am in the area. The current brewers are making some interesting concoctions and Joe Mama’s Milk remains one of my favorite beers to drink. The fact that they produce a root beer as a non-alcoholic option is very welcoming as well. I am glad that Keegan Ales has entered into my market and made their beer readily available to the Rochester region so I don’t have to drive as far for their delicious beverages! 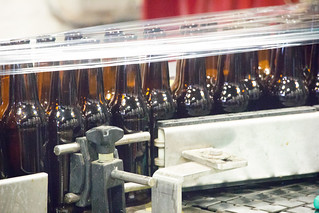 Not too far from Kingston, NY is Hunter Mountain, known as a skiing mecca. However, in late April the grounds are taken over by TapNY, New York’s largest craft beer and food festival. If you go to this multi-day event, expect to try some unique offerings from breweries throughout the state. For example, this year Keegan Ales produced a series of beers made with cereal. This included their Milk Stout with Cocoa Puffs, Hurricane Kitty with Cinnamon Toast Crunch, and Bine Climber with Trix! These eclectic offerings are just some of the many things that make TapNY such a unique experience.