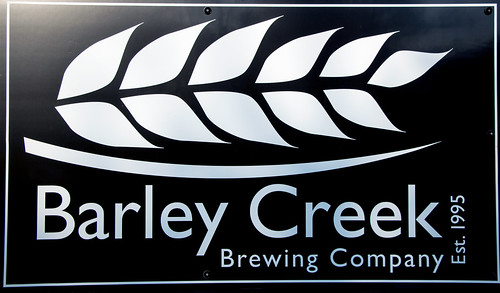 The Pocono Mountains in Pennsylvania are a well-known outdoor recreation area for travelers all over the northeastern United States. Barley Creek Brewing Company, which opened in 1995, hopes to be your destination for craft beer and food after a day spent on the slopes, or hiking through the wilderness. While driving through the region, we had the opportunity to stop in and discover what they had to offer.

Barley Creek is located within a very large, rustic-looking building in the heart of the Poconos. Walking in, we discovered plenty of tables and two large bars at opposite ends of the restaurant. We decided to go to the less crowded bar as it was quieter and we could hopefully get more questions answered about the brewery while we ate. Our server, Taylor, was very willing and helpful when it came to providing information. We ordered two flights, each consisting of four beers. It should be noted that Barley Creek had 14 of their own beers on tap, as well as 5 guest beers from other regional breweries. However, since there was still quite a drive ahead of us, we chose to sample only a portion. 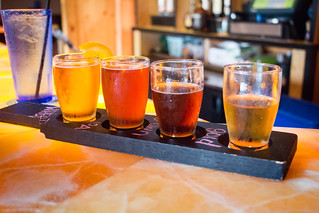 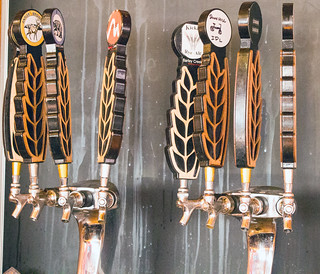 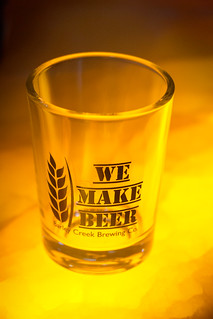 What intrigued me most about the beer selection is that, in the menu, every beer is compared to a macro beer. So if a person prefers Blue Moon, they are pointed to the Iron Arm Belgian Wheat. Like Molson Golden? Then have a Navigator Golden Ale. I asked Taylor about this and she told me that most of their patrons are tourists who are not used to craft beer. This more easily allows them to make choices off the menu that they are comfortable with. So does Barley Creek still have macro beer? Yes, but these beers are not mentioned on the menu and only available in bottles. 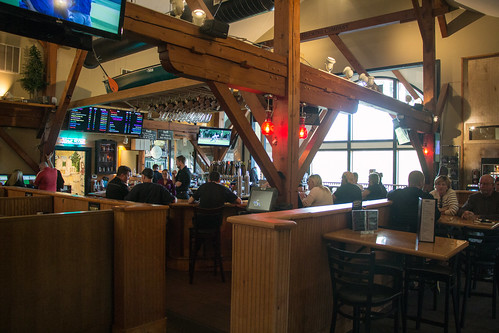 Barley Creek has a ten barrel system running behind the scenes. While most of the beer is produced and sold on site, a few selections get distributed to various restaurants and bars throughout the Poconos. Now in its 20th year of service, the brewery is looking to expand further by opening a distillery on site. We saw the space for it and the project seems to be coming along nicely. Tours of the brewery are offered every day at 12:30PM but unfortunately we arrived too late to see the production area. Barley Creek currently has four brewers working tirelessly to create a large assortment of beer for folks coming to the restaurant. 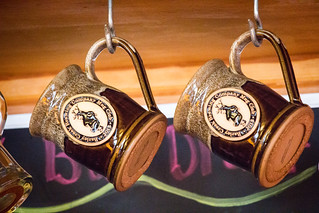 Overall, the beer I had was average and drinkable. I found no noticeable issues; the beer is designed to be easily approached by the average macro-beer drinker. One has to remember that Barley Creek caters to the seasonal tourist crowd and is creating beer that covers a wide range of palates. This is not to say that they don’t experiment as well. When we were there, both a lemon and watermelon Saison were on tap to try. Both were quite inventive and certainly not typical of a traditional Saison. Every Friday the brewery releases a new cask beer such as the watermelon Saison so repeat visits will always result in something new and fun to try. The week before our visit they had a chili pepper stout on cask! 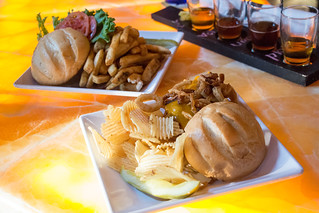 While at Barley Creek, I highly recommend ordering some food. The expansive menu includes brick oven pizzas, mouthwatering burgers, salads, steak, and more. The two meals we purchased were amply portioned and delicious. Being so close to the thruway, it makes a great pit stop for a meal and is the perfect alternative to large chain restaurants. 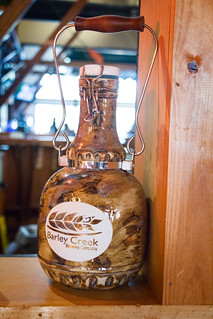 Every purchase of a flight of four beers includes a complimentary tasting glass. The restaurant also sells the usual assortment of t-shirts and growlers. The ceramic growlers they sell are beautiful and really well-crafted.

Barley Creek Brewing Company makes a great rest stop if you are travelling through the area or are here for a few days on vacation. With a large diversity of beer and an excellent food menu, there is sure to be something available to please your palate. As a gateway brew house for non-craft beer drinkers, I appreciate the work they are doing to bridge the gap between the macro crowd and the craft crowd. I look forward to returning to check out the distillery after it opens.

Tannersville, PA is home to many attractions for all types of visitors. If you are more the active type, nearby Camelback Ski Area and Camelbeach Waterpark are available. In the mood to find a good deal? The Crossings: Premium Outlets has over 100 stores often filled with items at bargain prices. I would be remiss if I didn’t mention American Candle just down the road, a huge shopping attraction with a little something for everyone. 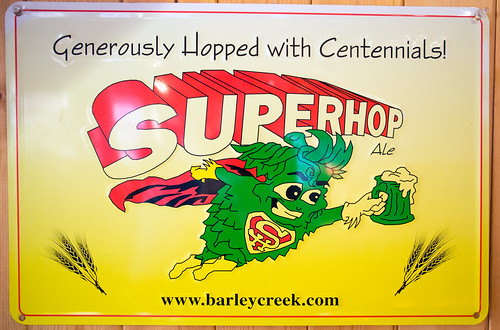