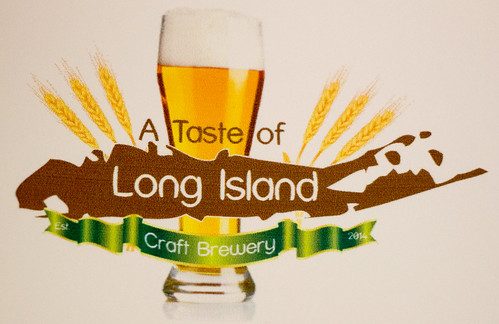 We have visited many different breweries during our travels. Some are large organizations that distribute beer throughout the country while others contract brew and design or craft beer based upon customer requests. Then there is A Taste of Long Island in Farmingdale, NY which has a slightly different model. The brewery shares its facility and equipment with tenant brewers, allowing these startups to craft beer on professional equipment without the upfront cost of opening their own brewery. We decided to check out this interesting concept while visiting Long Island on a recent trip.

A Taste of Long Island is located within a small strip of shops on Main Street. Upon entering, we were greeted by Jim Thompson and his daughter Courtney Citko who manage the operation together. Walk past the assortment of local baked goods, wine, artwork, and other assorted items, and you will find a small counter at which to try the different beers available for purchase. While discussing the business with Jim and Courtney, we had a chance to try the various beers and ciders created by both A Taste of Long Island, and one of the tenant brewers, 1940’s Brewing Company. 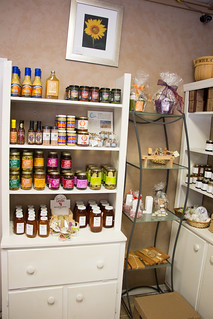 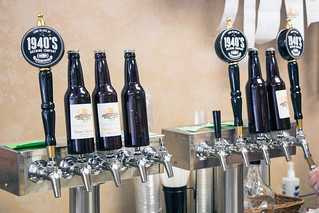 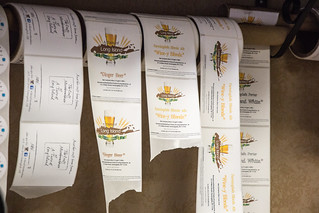 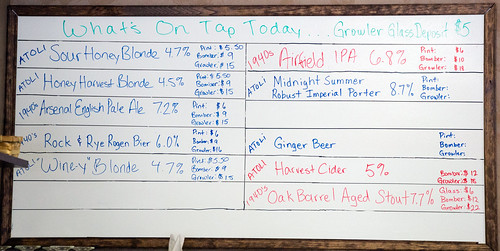 I thought the beer we tried was interesting and designed to appeal to many different people. Favorites for me include the Sour Honey Blonde and the Robust Porter. I was pretty excited about the sour beer since this is a style that more brewers are starting to get into. The sour blonde that they serve will ease people into the style, and give them an idea of what to expect from stronger sours. 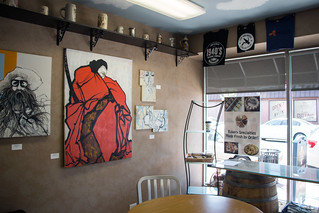 A Taste of Long Island officially opened the brewery to customers in January of 2015; the store itself has been around since 2012. Jim is the Brewmaster and William Powell is the head brewer. They, along with Courtney, come up with the various recipes that are brewed. Courtney is pretty excited about the pineapple wheat recipe they have created which will be released soon. The brewery in the back is a three barrel system which provides ample space for both them and the tenant brewers.

Other future brewing plans, besides the pineapple wheat, include a creamsicle flavored beer, as well as some Bourbon barrel aged beers. Jim isn’t sure what he will age yet, but I’m sure it will turn out great.  For those folks not interested in beer, a lineup of homemade sodas including ginger, vanilla, and cherry are also in the works. Currently the most popular beer is the Honey Harvest Blonde. This beer really surprised me because it is packed with flavors typically not seen until the fall beer season begins. I was also happy to see that they are making ciders and hope this continues to be an option.

While perusing the shop, you can also buy a pint of beer and enjoy some of the local pastries and other food items. Even the ingredients in the beer are locally sourced when possible. For example, the honey comes from Raleigh’s Poultry Farm in Kings Park. The 2-row malt comes from Flower City Malt Lab which is headquartered back in Rochester. Using local ingredients like these is very important to them as they are a NY state licensed farm brewery.

Jim’s philosophy when it comes to growth is “slow, slow, slow.” After 25 years of entrepreneurial experience, he realizes that slow is better and doesn’t want to push forward too quickly. The plan is to keep a steady supply of beer for the store, the local farmer’s market, and start offering pre-filled bombers in the near future. They also distribute to some of the local bars in the area. Jim and Courtney are happy with the progress they have made at the brewery and love nurturing new brewers that come in and want to learn and start using their equipment. With so many new breweries popping up, the tenant brewer option gives many a chance to start getting their product out to market and see if it is viable to continue and start their own breweries. 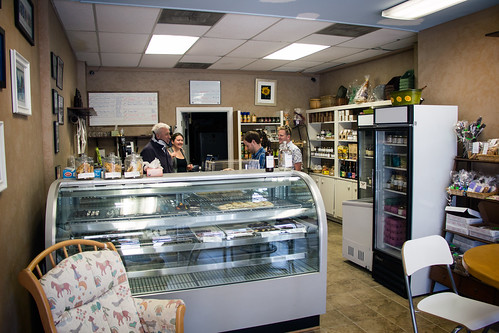 I enjoyed my time at A Taste of Long Island and really appreciate the work and business model they have. I look forward to repeat visits as there should always be something new and different on tap, whether by A Taste of Long Island itself, or one of the many tenant brewers. This is a unique stop if you are in the area, where you can pick up some fine locally crafted food and beer.

Just minutes from A Taste of Long Island is Bethpage State Park. The park opened to the public in 1932 and is best known for its five world-class golf courses. If you are into hiking, there are some excellent trails in the park, including a five mile stretch of the Nassau-Suffolk Greenbelt trail which spans the entire width of Long Island! The trail is well worth hiking to explore the diversity of the local landscape.

A Taste of Long Island 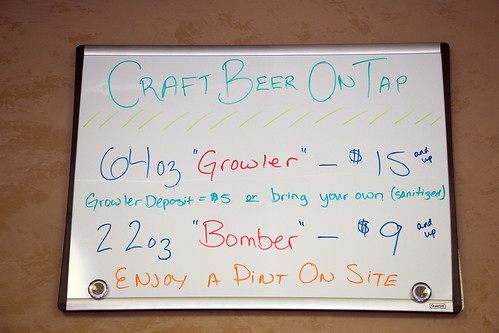