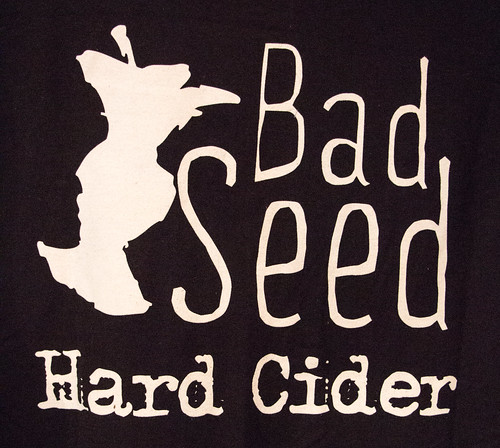 New York State is the second largest grower of apples in the country yet oddly enough, hard cider makers are still few and far between. Luckily for us, we discovered Bad Seed Hard Cider Company while visiting family down in the Hudson Valley. This cider maker definitely knows what it is doing, and produces some of the most impressive ciders I have ever tasted.

Bad Seed appears to be located in the middle of nowhere. Surrounded by apple orchards, the cidery is housed within an old apple storage cooler from the 1960’s. Walking into the renovated space, the large open floor-plan is welcoming and has room for lots of potential growth. The main cider production takes place on the first floor with the sales and tasting area upstairs. At the tasting bar we were greeted by Kaylee who is also a sales rep for the company. She guided us through a flight of eight of their ciders, while telling us about the cidery and its history. 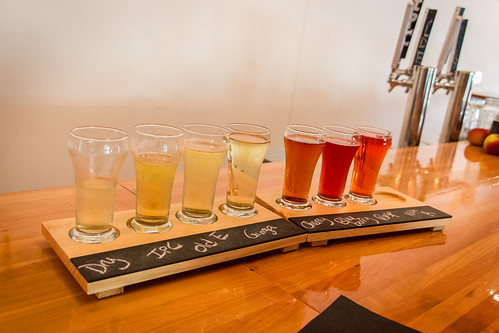 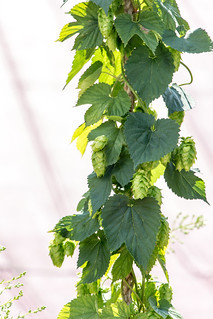 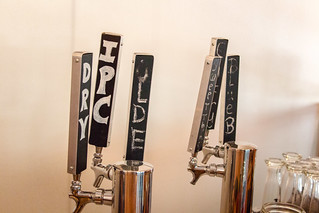 I was really excited to discover a cider maker that specializes in drier styles and experiments with dry hopping and other various techniques. Even the ciders with fruit mixed in were not sweet; rather they just contained the essence of the fruits without a perceived heavy sweetness. My favorite cider was Old Elmer which had a rather complex taste thanks in part to being aged for a year in oak. 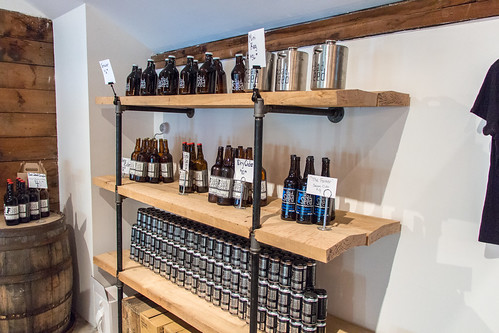 Bad Seed was started by two friends back in the summer of 2011, Albert Wilklow and Devin Britton. Wilklow is a sixth generation apple grower and Britton is a brewer. Together they combined their expertise to start producing cider which sold out on a regular basis. In October of 2014 they expanded their operations further and opened the current tasting room and cidery which you can visit today. 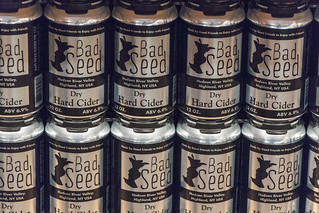 All of the ciders are produced using apples and fruit from the local family orchards. At the cidery they have been doing their own bottling and they are starting to can as well. Old Elmer, IPC, and the Dry cider are all available in cans. Most ciders are bottled with the exception of some smaller batches which are only available to purchase at the tasting room. At the time of our visit, supplies were limited and  they were only offering growler fills of the Dry and IPC; their two most popular ciders. 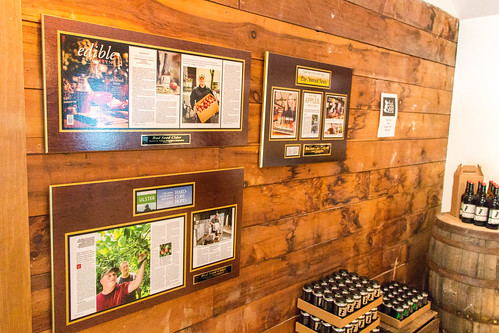 Visiting a cidery in the middle of the summer is considered the slow season. While it was still fairly busy, the tap room was only open on Sunday afternoons. September, continuing into the fall is their main season when they expand their hours, open up the kitchen, and give tours. Devin is also a chef and comes up with all the items on their fall seasonal menu. 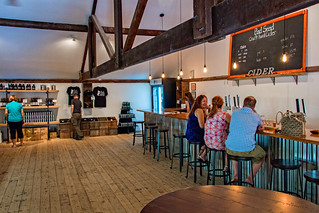 A flight of four ciders at the Cidery will cost you ten dollars while a pint is just four dollars. There is a dart board and plenty of space to relax in the casual and spacious atmosphere. The first floor production facilities are visible through a large glass window in the tasting area offering visitors a birds eye view of the cider making process. With a lot of people, it does tend to get a bit loud as the ceiling acoustics cause sounds to reverberate around the space. If you enjoy the atmosphere and location, it is also a popular rental site for weddings.

As previously stated, most of the ciders are available to take home in bottles. They even had a few special releases like a Saison cider that we brought home to try. Upon drinking it, we discovered a well made cider that did a great job of balancing the apple characteristics and the Saison yeast. Other items available for purchase include t-shirts, bumper stickers, and hats.

I should point out that Bad Seed also makes a non-alcoholic cider. While I would have loved to try it, the cider was unavailable at the time. I’m glad to see that they do consider the many people out there who may not be interested in a hard cider but rather just enjoy something non-alcoholic with a similar tasting experience. 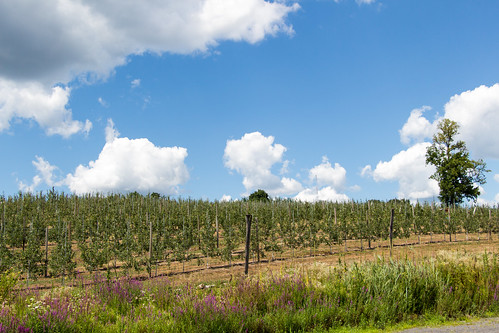 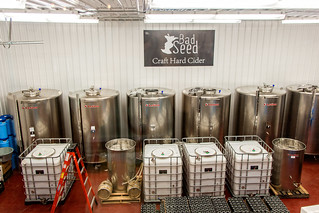 Bad Seed distributes its cider throughout the region, down to Manhattan, and up into Albany. In fact, we were told that the cider can even be found in parts of Texas and Connecticut! According to Kaylee, they are looking to further expand their distribution soon which hopefully means that they will show up in western NY.

Bad Seed Cider Company is an excellent place to visit if you are in the Hudson Valley region. I urge you to visit during the fall when they have expanded hours. I can’t wait to return again the next time I am in the area to see what new recipes they have come up with!

Nearby Wilklow Orchards, where Bad Seed Cider gets its apples from, would be a great place to visit in the fall. During the months of September and October, they offer apple and pumpkin picking, as well as apple cider donuts, fall decorations, and more. If you have kids, weekend activities include a fun house, hay-jump, and a petting zoo. The Orchards would be a fun place to visit during a fall excursion! 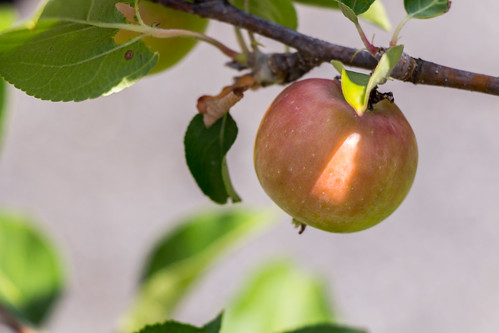