In planning our trip to Boston, we made sure to include some of the breweries along the way. One of our stops brought us to the town of Ludlow, Massachusetts where we discovered Iron Duke Brewing nestled in a series of old brick manufacturing buildings. This fairly new brewery had a lot of great beers to try and we loved the atmosphere.

Walking into the brewery, we were greeted by Nick Morin, the head brewer. We first tried two flights of beer in order to get a better idea of what he had to offer. With 12 intriguing beers on tap, we chose 8 of them for our tastings. A flight of four will set you back $8.00. While chatting with Nick he offered to give a tour of the facilities and tell us a bit more about his operation. 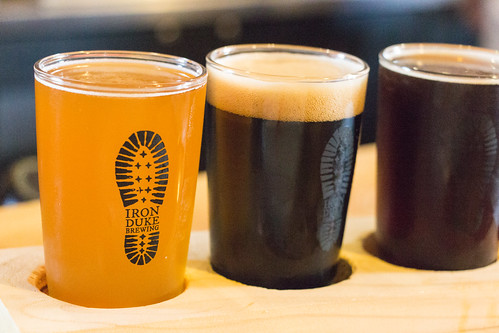 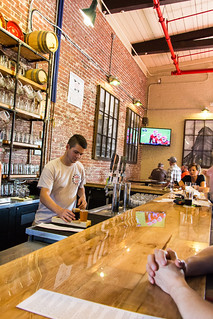 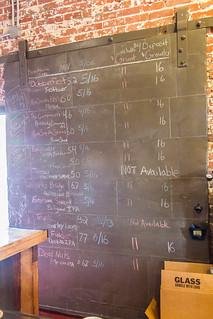 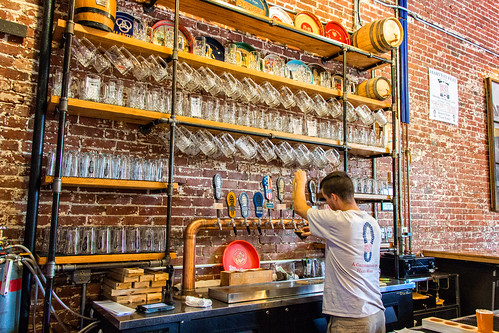 The diversity of beer offered here really surprised me. Each was unique and produced with moderately low alcohol levels. Iron Duke isn’t looking to knock you out with high ABV beers but rather give you a welcoming diversity of flavors that you can return to repeatedly. My favorite beer was Juneau, an experimental ale made with Alaskan Spruce. The flavor was rich, unique, and refreshing; a beer worth seeking out. The current most popular beer was the Baby-Maker. I definitely appreciated this well-made Irish Porter that doesn’t try to overwhelm you with too many additional ingredients. 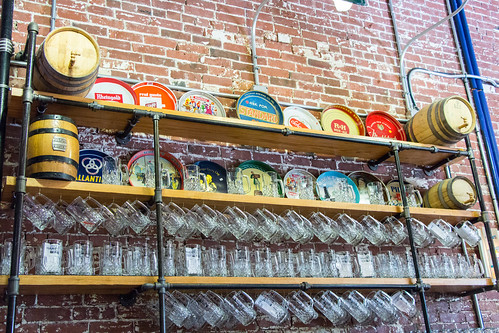 Nick has a 30 barrel kettle and a 15 barrel mash tun that he works with at the brewery. His real passion is playing around with the recipes, splitting up the batches and then experimenting with different hops and yeast strains. This kind of experimentation allows him to put out a greater diversity of beer, and quickly discover what works well and what doesn’t. 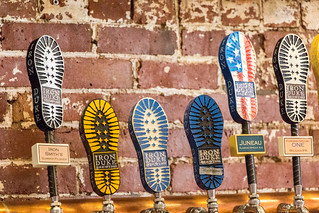 Before opening up the Brewery, Nick used to work on cars. He had one old Jeep, whose engine he nicknamed “Iron Duke”. The engine wasn’t even expected to work but lasted far longer then what many thought possible. This attitude of hard work and dedication is what Nick instills at the brewery. Even the logo, a boot-print, represents Nick’s many industrious tradesmen friends.

The building that houses the brewery has a fascinating history. It is part of a large complex of buildings that originally housed a Jute Mill until the 1960’s, with this particular structure used to dry and store the jute before it was shipped off-site. Nick opened the stock house up as a brewery in November of 2014. I love the work that has gone into the renovation as it still retains all the character of the building, covering up none of the original brick structure. 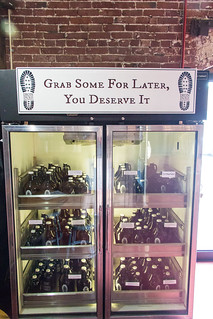 For those local to the brewery, they do have a mug club with various discounts and incentives throughout the year. There are 15-20 draft accounts in the area, and for those who want to bring the beer home, bottles and growlers are sold on-site. As with most breweries these days, shirts and hats are also available for purchase. While food is not served inside, they often have a food truck parked out front to feed the hungry visitors. One TV is available for sporting events but the focus of the brewery is on good drink and conversation, not just the games.

I enjoyed Iron Duke Brewing for a multitude of reasons. Nick is making some excellent beer that does not hit you over the head with high alcohol levels, allowing you to stick around for multiple pints. The atmosphere is also subdued, with the focus being on the beer and hanging out with friends. I see great potential for its future and hope that in time, they increase distribution. For now though, get yourself over to Ludlow, MA to try a diverse spectrum of well-crafted beverages. 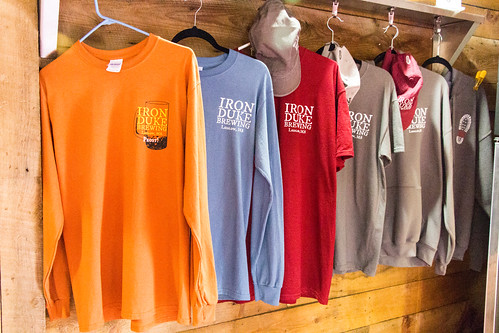 Throughout the 1800’s and early 1900’s the region around Ludlow, MA was filled with mills that produced lumber, wool, jute, and more. By the end of the early 20th century, the Ludlow Manufacturing Associates had become one of the largest jute manufacturing plants in the world. With the decline in milling operations over the last half a century, many buildings went into disrepair. However, thanks to businesses such as Iron Duke Brewing, the original facilities are being re-purposed to fit the needs of today’s society. 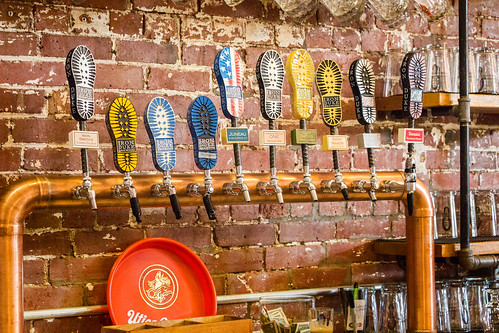