Jack’s Abby Brewing in Framingham, Massachusetts has been producing some exceptional lagers since 2011. These beers are conditioned at lower temperatures which makes for a cleaner and clearer final product. This process may take longer but is worth the wait. I am a huge fan of their barrel aged beers and so when I saw we would be so close to them on the drive to Boston, I just had to stop in.

Our visit to Jack’s Abby was made all the more interesting because it was one of the last weekends that they would still be at their original location before moving. The tasting room was small and tightly packed with people all eager to try the beer or go on a tour. I was surprised to see that many people were bringing their dogs into the brewery with them as well. We squeezed into a spot at the tasting counter where Collin took us through our flights of beer. 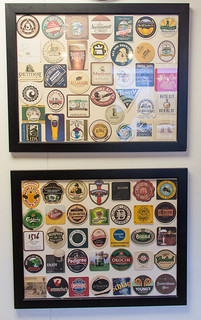 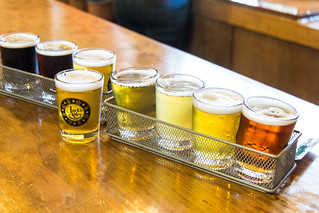 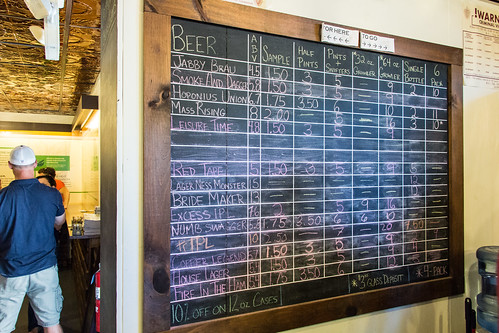 There were a few new beers to try that I’d never seen before; my favorite being the Numb Swagger as the pepper gave it quite a unique flavor profile with just a touch of heat that did not linger for long. They had twelve beers on tap but unfortunately no new barrel aged ones. I could understand that though, as they were in the middle of a big move. Jack’s Abby brewed using a 20 barrel system at this old location but the new one is a 60 barrel system that includes a canning line. We chose not to go on the tour since we were short on time and hoping to visit again in the future at their new location, a much larger facility that includes a 200 seat restaurant. 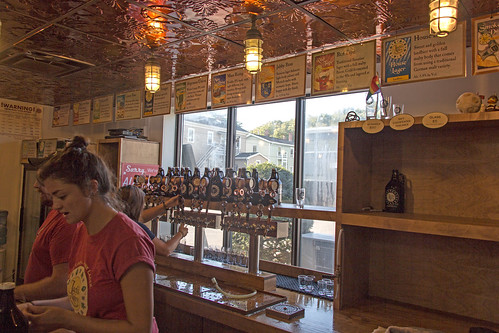 We did not have a chance to discuss the history of the brewery as it was quite busy in the tasting room and the old tin roof amplified the noise levels greatly. In the future I plan on writing a more comprehensive article after we have had a chance to visit their newly expanded location. Until then, I will continue to enjoy their great beers that are distributed back home in Rochester, NY!

Framingham, MA was founded in 1700 and is located just 20 miles west of downtown Boston. During the Civil War, it was the first town in Massachusetts to start a volunteer regiment to help in the fight and sent 12% of its population at the time to enemy lines. For other interesting tidbits of knowledge, you can visit the Framingham History Center. 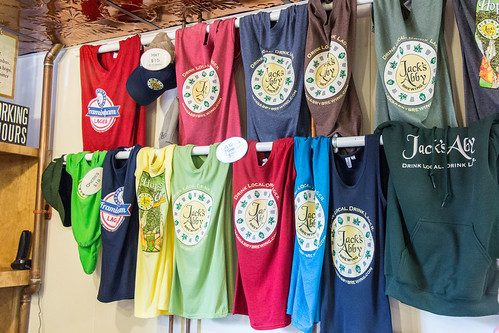