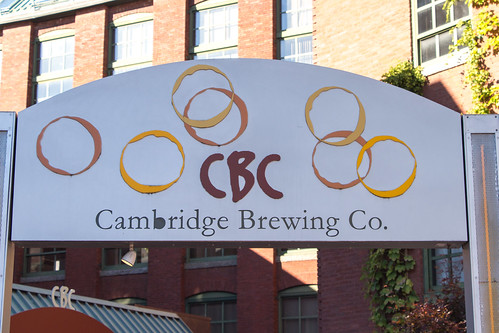 With so many diverse breweries around the Boston, Massachusetts area, it was hard to decide which ones I had time to write about in this blog as I did not always have my notebook with me. After spending the day exploring the museums and campuses of Harvard and MIT, we walked down to Cambridge Brewing Company where we spent a pleasant evening enjoying their wide selection of beer while having an excellent meal.

The brewery / restaurant is located in the midst of large brick buildings that were once part of a wool weaving complex. We sat outside on the patio surrounded on almost all sides by the old factory buildings. Nice touches include small water fountains and a wooden palate recycled as a container garden to grow herbs used in the kitchen. While eating dinner, we enjoyed the following selection of beer. 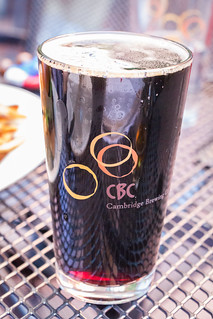 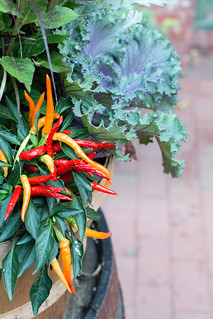 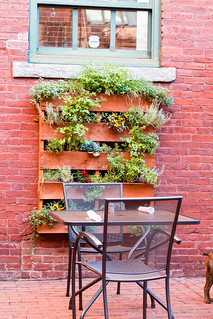 I was really happy that we made our way to Cambridge as I discovered some new favorites. The Heather Ale was fantastic and I am glad to see this beer, among others, distributed at my local beer stores. The flights were fairly priced; $8.00 gets you four good sized pours. For those that really like their beer, and have a small army of friends with them, towers are available. A tower of beer consists of 100 ounces and seemed quite popular amongst some of the larger groups of patrons. The only beer on their menu not served in a tower size was the Barleywine, which doesn’t come as a surprise to me due to the higher alcohol content. Wine and Cider are also available on the drink menu. 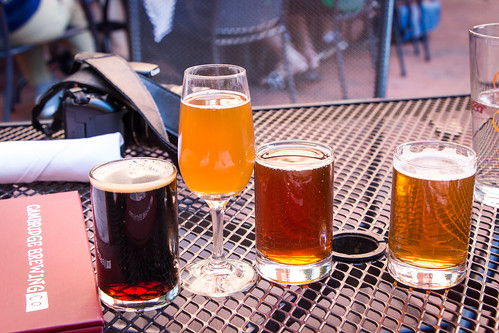 Cambridge Brewing Company has been making beer for over 26 years, starting in 1989. They have a 10 barrel system and distribute cans and bottles throughout the New England region. Since the brewery is in an old mill building, there are plenty of high ceilings and exposed brick walls that lend to the charming atmosphere. The food was fantastic as well, with dishes created using locally sourced seafood and meats. I don’t think you could go wrong choosing any of the options on the menu. 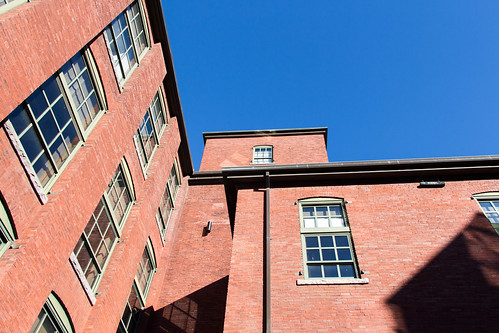 I was glad we had the opportunity to stop at Cambridge Brewing Company for dinner and a sampling of their beer. I wouldn’t hesitate to return the next time I am in the Boston area and hopefully get better acquainted with their processes and philosophy behind the scenes. Until then, I know I can go to my local beer shop to pick up their delicious Heather Ale!

Writing about breweries while on vacation can be difficult! We ended up visiting about half a dozen different breweries but, as this was not the focus of our trip, I did not take notes or photographs at most of them. Even those I wrote about such as Cambridge are not as information filled as I normally like. Still, if you are in the Boston area, I highly recommend visiting the following breweries as they all have something quite unique and different to offer: Mystic Brewery, Night Shift Brewing, Harpoon Brewery, Salem Beer Works, and Mayflower Brewing Company. 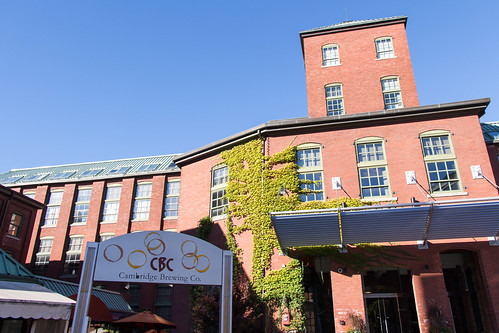