There is no shortage of places that offer delicious craft beverages in a casual, friendly setting around Keuka Lake. One such locale, Keuka Brewing Company, the first brewery to open on the lake back in 2008, made for an excellent stop on our tour through the area. We had a pleasant conversation with co-owner, Rich Musso, about the business and the diverse selection of beer they have been producing for the past few years, while sampling some of their current offerings. 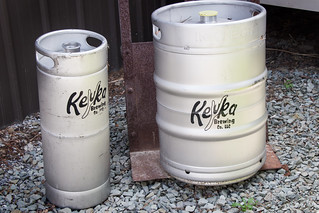 Keuka Brewing Company is located high atop a hill on the west side of the lake. Once there, you will find a cozy tasting room with bar space that seems to fill up very quickly. Luckily there is a small outdoor sitting area for when it gets a bit too busy inside. The building itself has undergone multiple expansions as they continue to grow the business. Rich was happy to take us on a tour of the facilities after we went through a flight of the beer on tap. 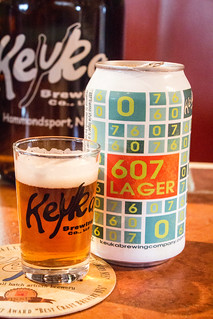 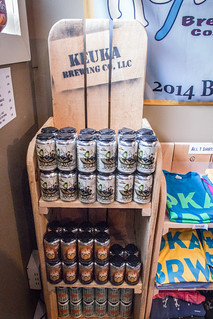 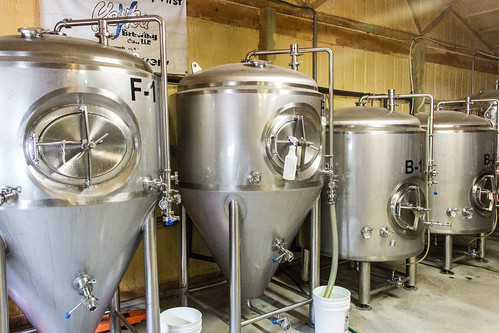 One look at the list of beer that we sampled should quickly inform you that Keuka does not stick to standard recipes. Rich explained to us that the brewery is dropping the run-of-the-mill beers from their repertoire and looking to focus on the more unusual and unique recipes. With so many breweries to compete with in the area these days, it makes sense to differentiate yourself with something more one-of-a-kind.  My favorites were the Imperial Local Mocha Stout and the Barrel aged Fat Stack Maple Porter. Both were beautifully made and would be perfect to sip on a cold winter night. The lighter beers on the menu are the perfect refresher on a hot summer day. Regardless of the season, Keuka offers a nice range of styles to choose from. 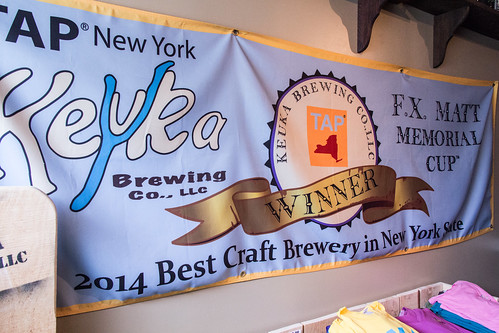 Keuka Brewing Company opened its doors in September of 2008. Rich’s son, Mark, does all the brewing and bases the beers on tried and true home brew recipes. Mark actually finished college with three separate degrees and his father got him interested in brewing. Together, they decided this was a great opportunity as no brewery existed in this area yet, and would certainly satisfy a growing clientele. The Mussos did not establish Keuka with a farm brewing license as they didn’t want to be held down by the ingredient restrictions that this license eventually requires. Instead, Mark is free to source from locations all across the globe. The brewery runs on a three barrel system but expects to be moving to a ten barrel system before the end of the year. 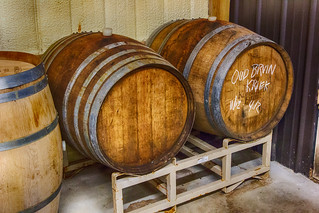 Initially, Keuka worked with CB’s Brewing in Honeoye Falls to help increase beer production. Currently, all beer is made on site and is canned for distribution as well. Keuka Brewing once bottled but is phasing that out in favor of the canning process. They do a lot of experimentation so there are many beers that you will most likely find only at the brewery. Coming soon is a Cucumber Lime Saison and a Blueberry Wheat. Mark does not hone in on any particular style and just enjoys making beer with a wide range of flavors. One of their new focuses is on barrel aging. Future releases coming out are being aged in barrels from Dr. Franks, a nearby highly respected winery. I look forward to trying these beers as I am intrigued to see how red wine barrels will affect the finished product. 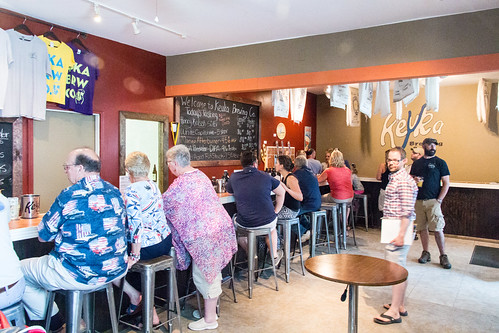 While at the brewery, you can also purchase a wide selection of t-shirts and hats. Once a month there is a food truck on site as they do not serve food themselves. Beer is available by the pint or in a flight which costs six dollars for five beers. This fee does include the sample glass to take home with you. A free growler club offers discounts, free tastings, and more which is an excellent choice for those that live close by.

I’m excited to see where Keuka Brewing goes next. They have already been recognized with some awards including the 2014 F.X. Matt Memorial Cup at Tap NY. Mark is making some interesting beer that is worth seeking out at your neighborhood beer store. If it hasn’t hit your market yet, take a ride down to Keuka Lake and visit the brewery first hand to talk with some of the friendly people behind the counter! 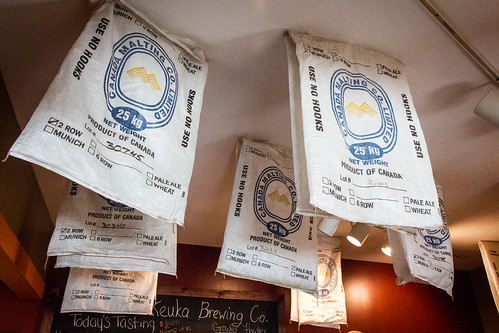 Keuka Brewing Company is located not far from Urbana State Forest. This 2,690 acre park has miles of hiking trails including Huckleberry Bog, a wetland featuring wild blueberries and other interesting plant life. Seasonal hunting and trapping do occur here so be careful to monitor your surroundings if you decide to get off the beaten path for a quiet walk in the woods!