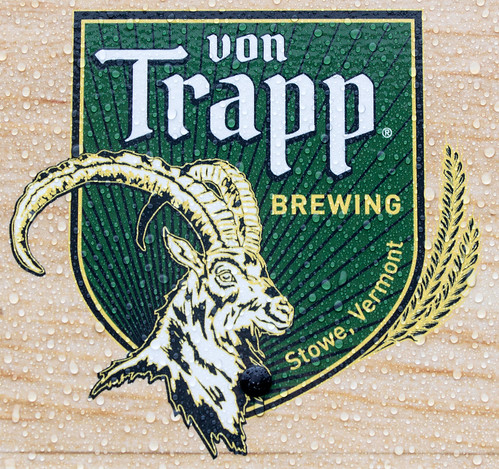 The hills of Stowe, Vermont are alive with the spirit of craft beer. You may have heard of the von Trapp family singers, but might not know that when the family moved to America, they opened up the Trapp Family Lodge. Decades later, one of the von Trapp children, Johannes, started a brewery at the Lodge which distributes beer throughout the northeast. Intrigued, we visited von Trapp Brewing to see how the family brought a little bit of Austria to the countryside of Vermont.

The brewery at the von Trapp Family Lodge was all sparkly and clean. Turns out, they had only opened a few weeks before our visit and everything was still very new! The huge open space was custom-made with large wooden beams and massive windows, allowing plenty of light to filter into the beer hall. Next to the large wraparound bar, the beer hall contains rows of tables which connect to each other to recreate the social atmosphere found in traditional Austrian Bierhalls. At the bar, we spoke with Meghan while we went through a flight of their current offerings. 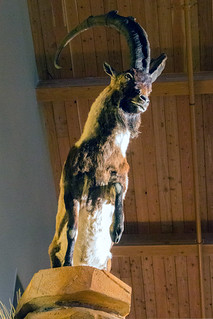 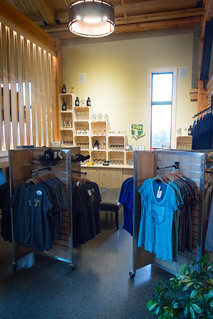 A quick glance at their offerings reveals a selection of finely tuned German-style lagers that are all true to style. The brewery focuses on lower ABV beers that are extremely drinkable. Some of the recipes are said to date back to the 1500s. While I enjoyed the quality of all of them, my favorite by far was Trösten, the smoked black lager. The unique flavor and reserved use of smoke packed into this beer was a welcoming feature at our fireplace for many weeks after coming home. 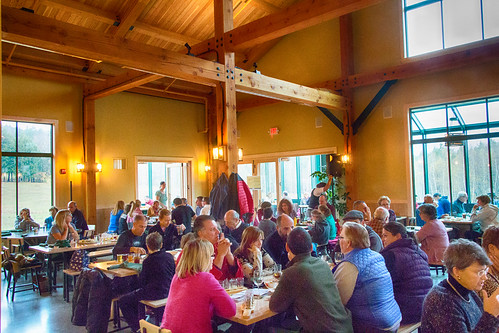 Johannes and his family opened their first small brewery in a retrofitted bakery back in 2010. Due to overwhelming response, they expanded, and even imported a Rolec brewhouse from Bavaria. The brewery is actually run by Walter, Johannes’ son-in-law, but Johannes has been known to make an appearance every now and again. Today, they produce over 10,000 barrels a year and distribute to seven states in the northeastern United States. If you go upstairs, you can take a self-guided tour of the brewery and see the impressive brewhouse for yourself. 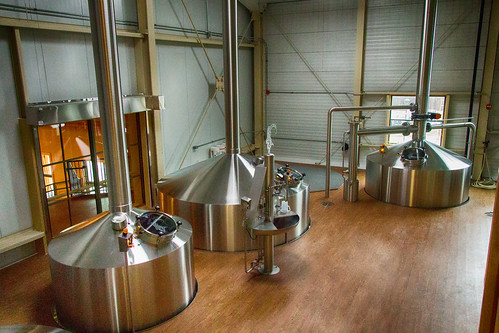 The beer hall also offers quite an extensive food menu. The options are tantalizing; from traditional German sausages, to house made pretzels and various Austrian salads. Even the desserts are all authentic Austrian recipes. We tried the pretzels and house mustard with our flight and enjoyed them tremendously. If you want something to drink other then their beer, Austrian wine is available, as well as local hard cider, various soft drinks, and teas. 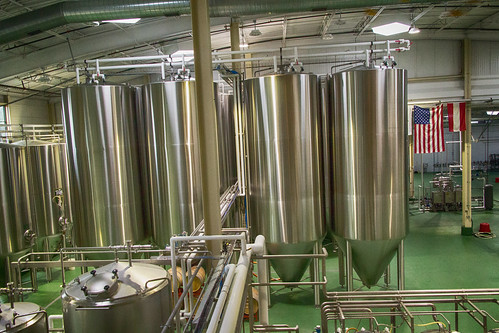 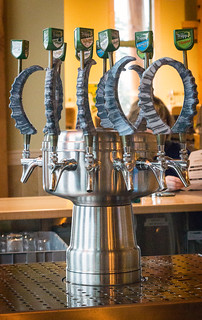 I loved the fact that the bar is completely lined with padding for the knees; a feature perfect for those with longer legs. Be sure to check out the taxidermied animals throughout the beer hall. Apparently, Johannes was a hunter and he collected many of these, including the Austrian Ibex seen at the top of the staircase. The Ibex’s head is the symbol for Trapp Lager and each tap handle is a replica of an Ibex’s horn.

I’m glad we had the opportunity to check out von Trapp Brewing. If I had more time, I would have ordered a plate of their traditional sausages while enjoying a pint or two. Suffice to say, I was at least able to pick up some six-packs to take back home to New York. The von Trapps may have retired from their singing career, but Johannes’ focus on craft beer is certainly “music” to my taste buds. 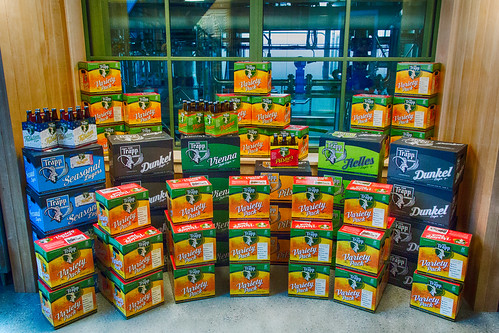 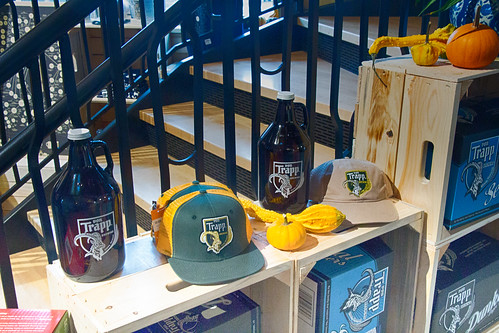 Who are the von Trapps, you might still find yourself asking? While the musical “The Sound of Music” gets a few details wrong, it still manages to be the story everyone is familiar with. The von Trapps were a famous family of singers who were able to leave Europe during World War Two and come to America. They continued to tour for many years before finally settling down in Stowe, Vermont. A more accurate synopsis of the family’s story can be found here. 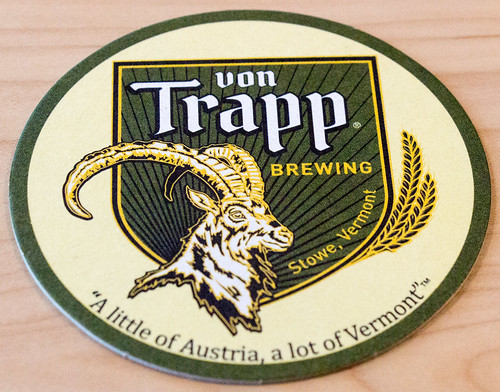