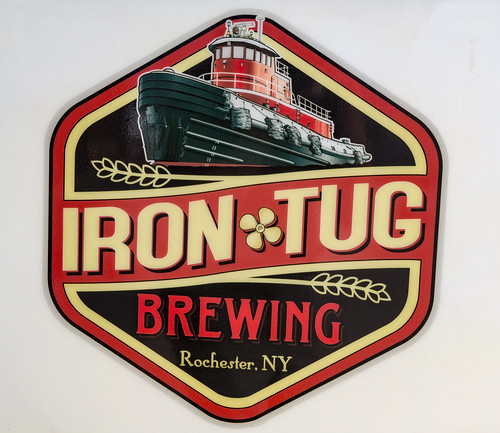 Rochester, NY is truly blessed with a vibrant craft beer community; and small, independent breweries seem to be popping up all the time. Iron Tug Brewing is one of the newest kids on the block, yet has become one of our personal favorites to hang out at. I have been looking forward to writing about Iron Tug for a while, and a recent visit gave us the opportunity to talk with Kurt Owens, co-owner and tap room manager, about what goes on behind the scenes and where the future lies for them. 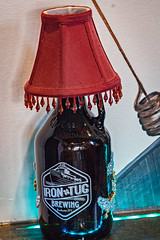 Iron Tug is located within an old two-story brick and stone building built back in 1921. It was originally a firehouse, and traces of its past history can be glimpsed within. The interior is long and narrow, with four communal tables that lead up to a short bar with a decidedly nautical motif. The old brick walls and wooden ceiling are exposed, lending a charming and historical air to the space. There are no TVs on the walls as the atmosphere is geared towards more interactive socialization. At the bar, we met up with Kurt, who poured us a flight while discussing the inner workings of the business. 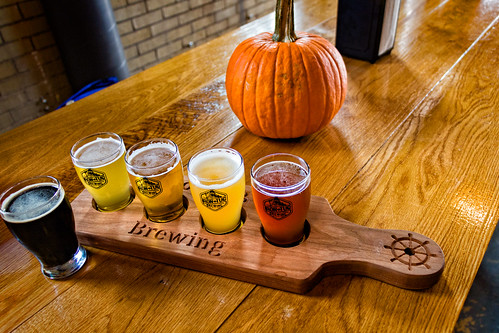 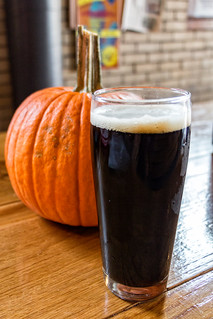 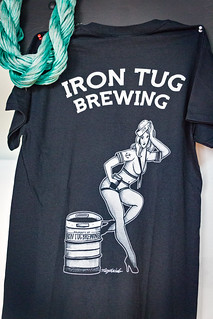 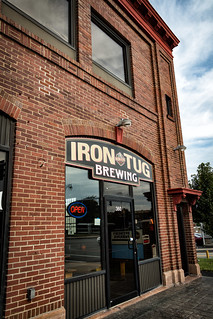 Keith Owens had been brewing beer for about five years before deciding to open a brewery with his brother Kurt. Keith is also a merchant marine officer; his primary job is that of 3rd mate on a tug barge that runs out of Philadelphia, PA. So far, he has been able to manage his time effectively between the two jobs. Brewing is a passion, and he did not get into the business to make a lot of money, instead focusing on taking pride in producing solid styles to share with the world. Wanting to budget effectively, Keith and Kurt spent a few months searching for a brewery location before discovering the 1921 firehouse. Keith loved the older, industrial look of the building and felt it would be a good starting point for the business. The brewery officially opened its doors in August of 2016. Recently, they also hired Steven Rowe as assistant brewer, who has been extremely instrumental while Keith is working on the barge. Steven is very in-tune with Keith’s style of brewing and they have worked quite well together. 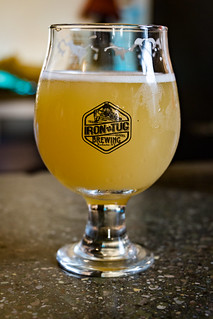 Keith originally started the business by focusing on his Irish Stout and Red Ale. He stuck with tried and true recipes for the first few months before venturing out into new territory. Today, Keith is constantly experimenting. To date, he has created three different versions of his New England IPA and five different versions of the East vs. West IPA. He is excited to try different variations of his IPAs and keeps tabs on Untapped to discover what people like and dislike about each of the versions. If Keith makes a bad batch, he will dump it rather than try to sell it to his customers. Quality and integrity are important values at Iron Tug. 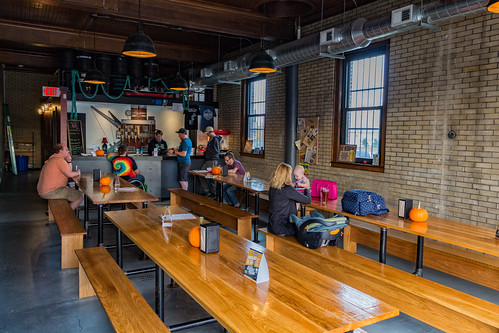 Keith and Steve brew on a two and a half barrel system. This seems fairly small but they have managed to make it work so far. There are plans to make some big upgrades soon to allow for higher capacity, canning, and some distribution as well. There is limited distribution right now, only to a few local brewpubs. I look forward to seeing their output levels increase as often times they run out of many styles before the week ends. Since they don’t have a NY Farm License, Iron Tug can source its ingredients from anywhere they want, which has helped Keith to continue to come up with interesting recipes. 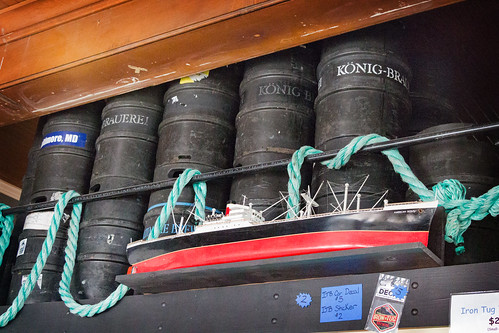 Beer is available in both 10 and 16 ounce pours. A sampler flight of four five-ounce pours costs seven dollars and is a great way to try a wide range of the styles they produce. Soda and bottled water are also available. Want some to go? Bring your own growlers and grumblers, or purchase one of theirs to fill and bring home with you. 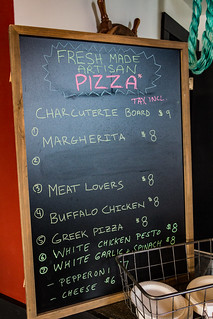 If you get hungry while visiting the brewery, there are a few different options available. Iron Tug has a complimentary popcorn machine for when a small snack is in order.  Peg Owens, Keith and Kurt’s mom, is in charge of the kitchen. At least nine different types of pizza were available at the time of our visit as well as a charcuterie board. I have had their pizza on a few occasions and think it is a great value for the money. Future plans include the addition of paninis to the menu. Non-food items for sale include t-shirts, stickers, and decals.

Kurt is excited about some of the new beer coming out soon. One of them is an imperial chocolate and coffee milk stout aged in Bourbon barrels from Honeoye Falls Distillery. I for one definitely want to be there when this hits the tap room! Other new releases will include a coffee oatmeal stout and an altbier. Keith is planning to bring back some old favorites as well, such as East vs. West 1.0. 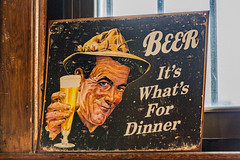 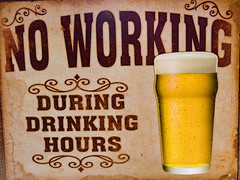 Kurt did not expect to like this job as much as he actually is. Going right from school to co-owning a brewery, he is proud that they were able to open up a business without a lot of money. It is all about working with a passionate brewer in a small, family run environment, and not just an entrepreneur with a lot of money to spend. Kurt loves interacting with great people and takes genuine interest in the customers that come through the door. 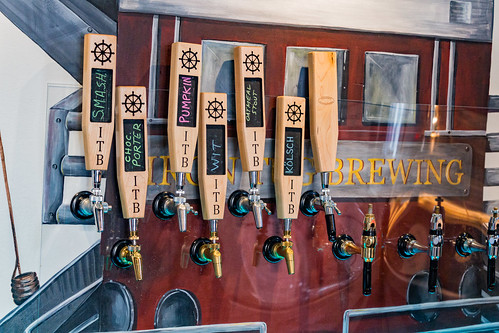 I love my visits to Iron Tug and have enjoyed seeing their growth and development over the past year. Keith’s style has certainly evolved and the IPAs are getting a lot of notice in the local craft beer community. Be sure to do yourself a favor and visit the brewery. The relaxed atmosphere, quality beer, and delicious pizzas will keep you coming back for more.

As mentioned previously, the firehouse that Iron Tug resides in was built in 1921. It was quite innovative for the time and designed to house modern firefighting equipment as opposed to horse-drawn vehicles. The ten man crew served the surrounding Maplewood area and even assisted kids crossing the street to get to school. The firehouse eventually closed in 1982 and found new life as a furniture outlet before Iron Tug moved into the space. More information about the history of the building can be found here in this Democrat and Chronicle article. 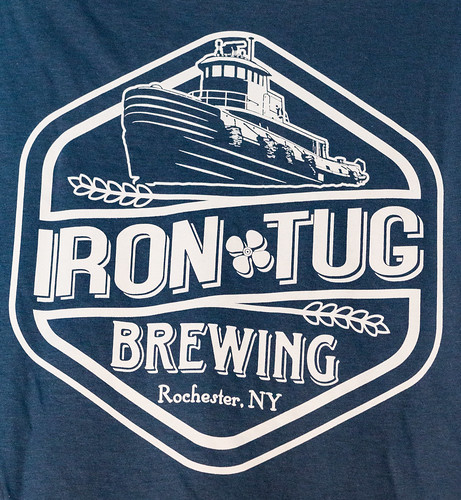